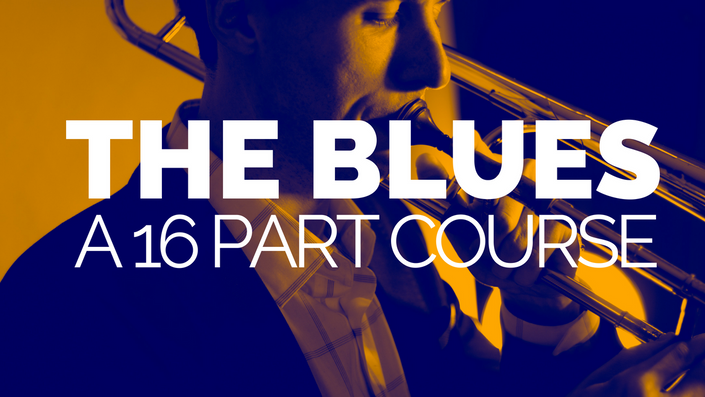 From 3 chord Blues, to creating your own changes!

In this course you'll learn 12 blues tunes from start to finish (with NO music!) - which is will help your ear develop naturally and FAST!

You'll learn the basics of 3 chord blues, all the way up through creating your own "modern jazz" blues changes with TONS of substitutions.

New Customers will also receive one month FREE of Nick's Virtual Studio to check it out, and see the community there! You can get direct feedback on anything you post in our private group, and interact with other members ($30 value!)

Can't wait for you to get started! 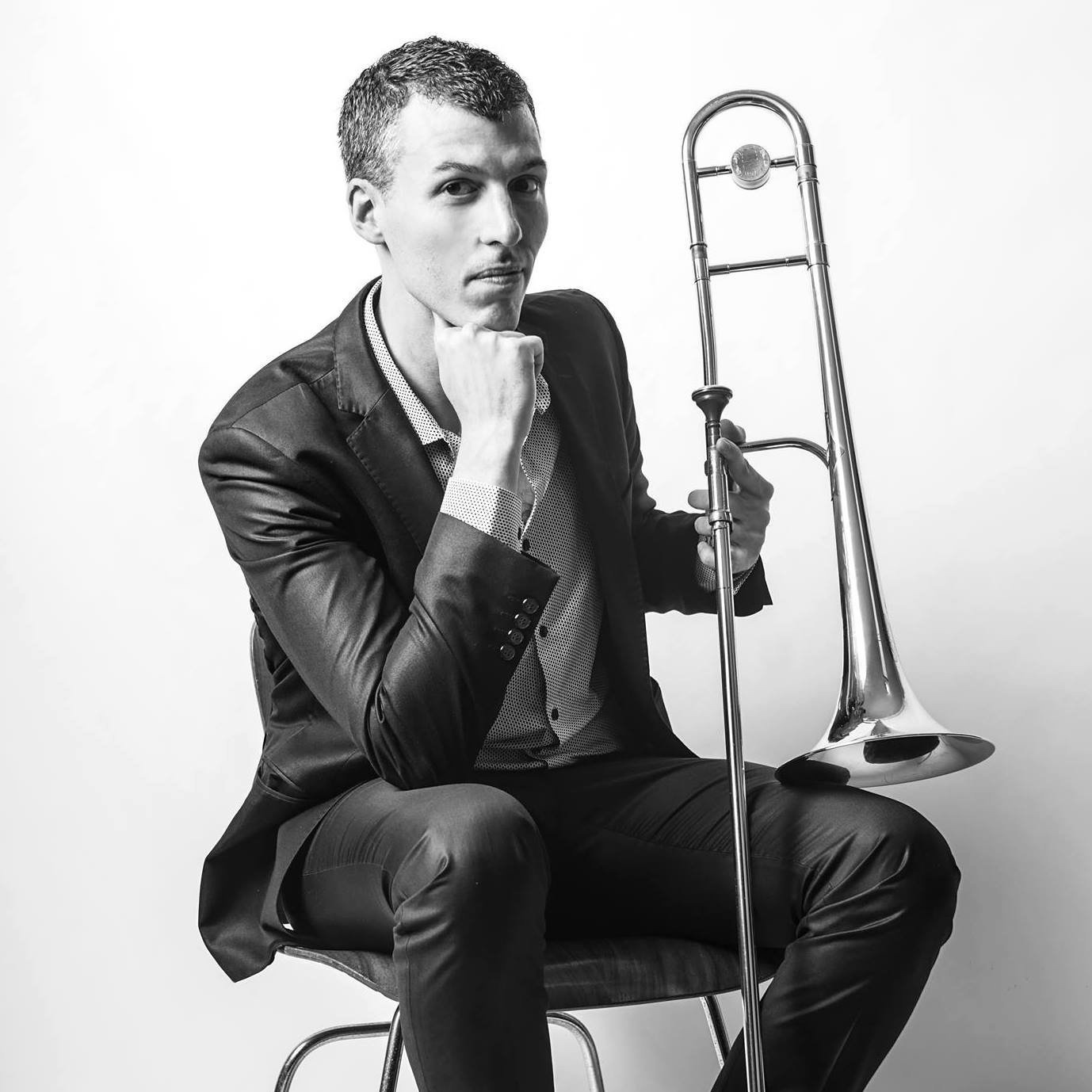 ...is one of the most dynamic musicians of the millennial generation.

An award-winning composer, arranger, and trombonist, Finzer is bringing the joy and power of Jazz to both traditional fans and the most modern 21st century audiences. He’s on a mission to be a passionate voice defining the sound of Jazz in this age while also bringing street cred to the trombone with a bold, tight sound.

Born into the musical world (Mom Sherry Finzer is an international flutist), Finzer developed a fascination for the music of Duke Ellington and found himself, in high school, performing at the annual Essentially Ellington competition of Jazz at Lincoln Center. It was then that he decided to pursue a life in music himself. His budding talent was recognized by Wycliffe Gordon who began a life-long mentorship by writing four pieces for the young Finzer while he attended the Eastman School of Music. Nick went on to get his masters at Juilliard’s prestigious Jazz program where he was mentored by the trombone legend Steve Turre.

In January of 2013 Nick released his recording debut as a bandleader and composer with “Exposition” (Outside In Music). Two tracks appearing on the album garnered Finzer a pair of accolades: The prestigious American Society of Composers and Performers (ASCAP)’s Herb Alpert Award for young composers (2013 & 2015)

In 2014, Nick composed a new album-length work, “The Chase.” Nick's sophomore album debuted in July of 2015 on Origin Records to rave reviews, a feature article in Downbeat Magazine, and peaked at #6 on the JazzWeek Charts.

Famed trombonist and mentor Wycliffe Gordon called Finzer “a new voice [in] the pantheon of upcoming trombone greats in the making” and added “Nick's CD is a glowing example of things to come.”

When away from NYC, Finzer can be found touring the globe not only with his own projects, but as part of YouTube sensation, Scott Bradlee’s Postmodern Jukebox. Finzer has joined the group on television, in viral videos with millions of views, and on tours across North America, Australia, New Zealand and Europe.

The Blues Course 1.0
Available in days
days after you enroll

When does the course start and finish?
The course starts now and never ends! It is a completely self-paced online course - you decide when you start and when you finish.
How long do I have access to the course?
How does lifetime access sound? After enrolling, you have unlimited access to this course for as long as you like - across any and all devices you own.
What if I am unhappy with the course?
We would never want you to be unhappy! If you are unsatisfied with your purchase, contact us in the first 30 days and we will give you a full refund.
off original price!